MCA Canada Welcomes 2022/23 Board of Directors 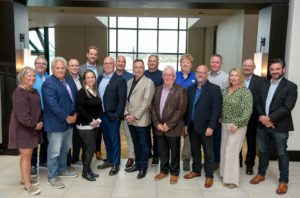 At is Annual General Meeting, held Saturday October 1, 2022 in Halifax, Nova Scotia, the Mechanical Contractors Association of Canada elected its Board of Directors for 2022/2023. With Derek Ermen of Moncton, New Brunswick serving as MCA Canada President, the following Directors were elected from across Canada: